A Comprehensive Guide To Exercise With Crohn's And Colitis

With so many questions surrounding exercise and a lack of information available online, I wanted to answer these questions and provide a comprehensive review of the current scientific research on physical activity in people with Crohn’s disease and ulcerative colitis.

First, What Are the Exercise Guidelines for the Healthy, General Population?

What Role does Exercise Play in the Development of IBD?

Exercise has been suggested to play a protective role in the development of Crohn's disease but not ulcerative colitis. In two large research studies, a total of 647 cases of IBD were documented in the 194,700 US women that were involved in the studies. Researchers broke the women up into five categories based on their level of physical activity. The risk of Crohn’s disease significantly decreased with increasing levels of physical activity. Ulcerative colitis did not appear to be associated with exercise in these research studies (3). A different research study that reviewed seven different studies on this topic also concluded that physical activity is protective against the development of Crohn’s disease, but not ulcerative colitis (4).

How Does IBD Affect Exercise Performance?

Patients with Crohn’s and colitis may perform worse on exercise performance testing compared to their healthy peers. In a study containing 41 Crohn’s disease patients in remission, compared to the healthy control, the Crohn’s disease patients scored lower on the strength tests (5). In a different study comparing 23 female ulcerative colitis patients with varying disease activity to healthy controls, the ulcerative colitis patients scored lower on the strength and speed tests than the healthy controls (6).

What are the Benefits of Exercise with Crohn's/Colitis?

Bone health is an important benefit of exercise in patients with IBD. Patients with Crohn’s and colitis are at an increased risk for bone breakdown and low muscle mass due to medications (corticosteroids), malabsorption, and the inflammatory disease process itself.

Research suggests that exercise can improve bone mineral density, muscle mass, and functional capacity in patients with IBD. In study with 110 IBD patients in remission, moderate-intensity combined aerobic and resistance training was not only safe, but the IBD patients experienced improved body composition changes and improved overall fitness including reduced body fat, increased muscle mass, and improved physical activity performance (7, 8). A different study that reviewed 13 different research studies on the effects of exercise in IBD patients suggested that patients who were physically active had an increase in bone mineral density. Other benefits included improved fitness, overall quality of life and a decrease of IBD related stress and anxiety (9).

Is Exercise Safe for IBD? And How Does it Affect Inflammation?

Exercise may play a protective role in preventing disease flare ups. In a large study containing 1,308 Crohn’s disease and 518 colitis patients in remission, Crohn’s disease patients with higher exercise levels were significantly less likely to flare at 6 months. However, there was no significant relationship found between physical activity levels and ulcerative colitis/indeterminate colitis patients (12).

How Does Exercise Affect Crohn's/Colitis Symptoms?

Physical activity may play a role in improving symptoms in patients with IBD. Research suggests that low to moderate intensity physical activity decreases the risk of constipation (7). A small study with 22 IBD patients suffering from either bowel incontinence (bowel accidents) or constipation completed an average of two pelvic floor strengthening sessions reported a 77% improvement in fecal incontinence and 83% improvement in constipation (14). Even though larger research studies need to be conducted before drawing conclusions from this, it’s a therapy to consider due to the potential benefits.

A study surveying 918 IBD patients found that patients attributed significant symptom improvement to exercise. In this study, 72% of participants reported that exercise made them feel better overall. Some other reported benefits included, improved confidence, more energy, feeling healthier, reducing IBD-related symptoms, weight management, improved sleep quality, feeling more ‘normal’, and having something to focus on other than IBD (15).

Low to moderately intense physical activity appears to reduce symptoms in patients with IBD. In a study with 110 IBD patients in remission, no patients experienced an increase of symptoms after combined moderately-intense aerobic and resistance training (8). In a study that reviewed 13 different research articles, a variety of low to moderate intensity exercises (walking programs, yoga, cycling, resistance training) were implemented. Three of these studies showed positive effects on symptom surveys and the remainder had a neutral effect. It’s important to note though, that all of these research studies were conducted in IBD patients in remission or in a mild to moderate flare (9).

There has only been one research study to my knowledge on high intensity exercise in IBD patients. In the study, 53 Crohn’s disease patients in remission or mildly active disease were randomized to either perform moderate-intensity continuous training or high intensity interval training three times a week for 12 weeks. Two exercise participants (one from each exercise group) experienced a disease flare (fecal calprotectin increased) during the study however one of those patients was in a flare prior to the start of the study (16). More research needs to be conducted on high intensity physical activity in IBD patients before conclusions can be drawn around whether it’s safe.

What Are the Common Barriers to Exercise with IBD?

There are many barriers and concerns that arise when patients with IBD discuss starting to exercise. Some questions that may pop up include: “What if I have to go to the bathroom-will there be one close by?”, “Will exercise trigger my symptoms?”, “How can I exercise when I’m exhausted?”, “If I’m in a flare, should I even exercise-is it safe?”.

Some healthy athletes that perform vigorous-intensity exercise have been suggested in research studies to experience reduced blood flow to the gastrointestinal system which can lead to bloody diarrhea, vomiting, abdominal pain, and nausea (18). Therefore, it’s not surprising that high intensity workouts such as running/jogging is a form of exercise that’s more commonly avoided by IBD patients (19).

How Do You Overcome These Barriers to Exercise?

Due to uncertainty of symptoms, it can be extremely challenging to exercise when you have Crohn’s or colitis. Some common barriers to exercise include fatigue, abdominal pain, joint pain, bowel urgency, and unintentional weight loss (19, 20). Always talk to your doctor about any new or exacerbated symptom you’re experiencing to rule out a flare.

Many diet, lifestyle, and psychological factors can contribute to fatigue and approximately 70% of patients with IBD struggle with fatigue (19). Below are some tips to help maximize your energy:

The fear of needing to run to the bathroom and not being close to one is a common barrier to exercise in people with IBD. In one study, 61% of the patients with IBD struggled with restroom urgency throughout the day (19). Bowel urgency can be triggered by many factors including inflammation, food triggers, and/or stress or anxiety. To combat bowel urgency, consider the following recommendations:

For some IBD patients, joint pain is a barrier to physical activity. If you’re experiencing joint pain, consider the following tips so that you can exercise.

‍Abdominal pain is another common barrier to exercise. Below are a few tips on how to combat your abdominal pain.

Weight loss is another common barrier to exercise. Please consider the following regarding unintentional weight loss and exercise.

Exercise appears safe and may confer a beneficial effect on symptoms and systemic inflammation. To my knowledge there are currently no research studies on exercise in individuals with IBD in a moderate to severe flare. This is likely because if you’re already running to the bathroom 15 times a day, it’ll be tough to exercise and may be too much for you!

In high school during my first UC flare, I had to be dragged out of the pool after my swim races due to asthma attacks caused by my severe iron deficiency. A few years later, I became a collegiate National All American (placed in the top 8 at the national championship) swimmer. I know personally how challenging it can be when you really want to exercise, but feel held back by your disease. Give yourself some grace for what you’re going through right now. It’s OKAY if you can’t workout if you’re currently struggling to do anything other than what’s necessary because of your debilitating exhaustion. Workout when you can, on the days you can, and know that some activity is better than none. 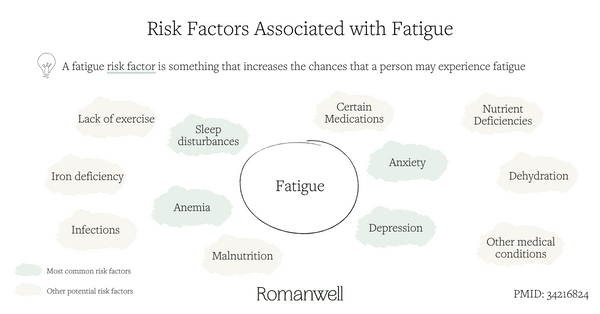 What Causes Crohn's/Colitis Fatigue And What To Do About It 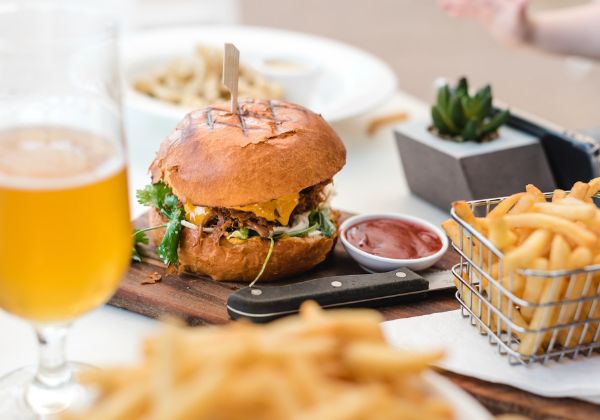 How Can I Indulge Without Guilt?